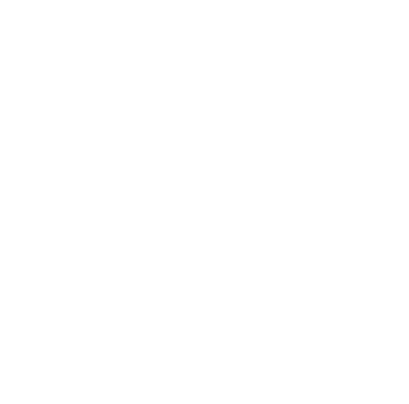 Visit Sumba: 9 reasons to visit Sumba instead of Bali

By maringi |
Categories: Must visit spots | 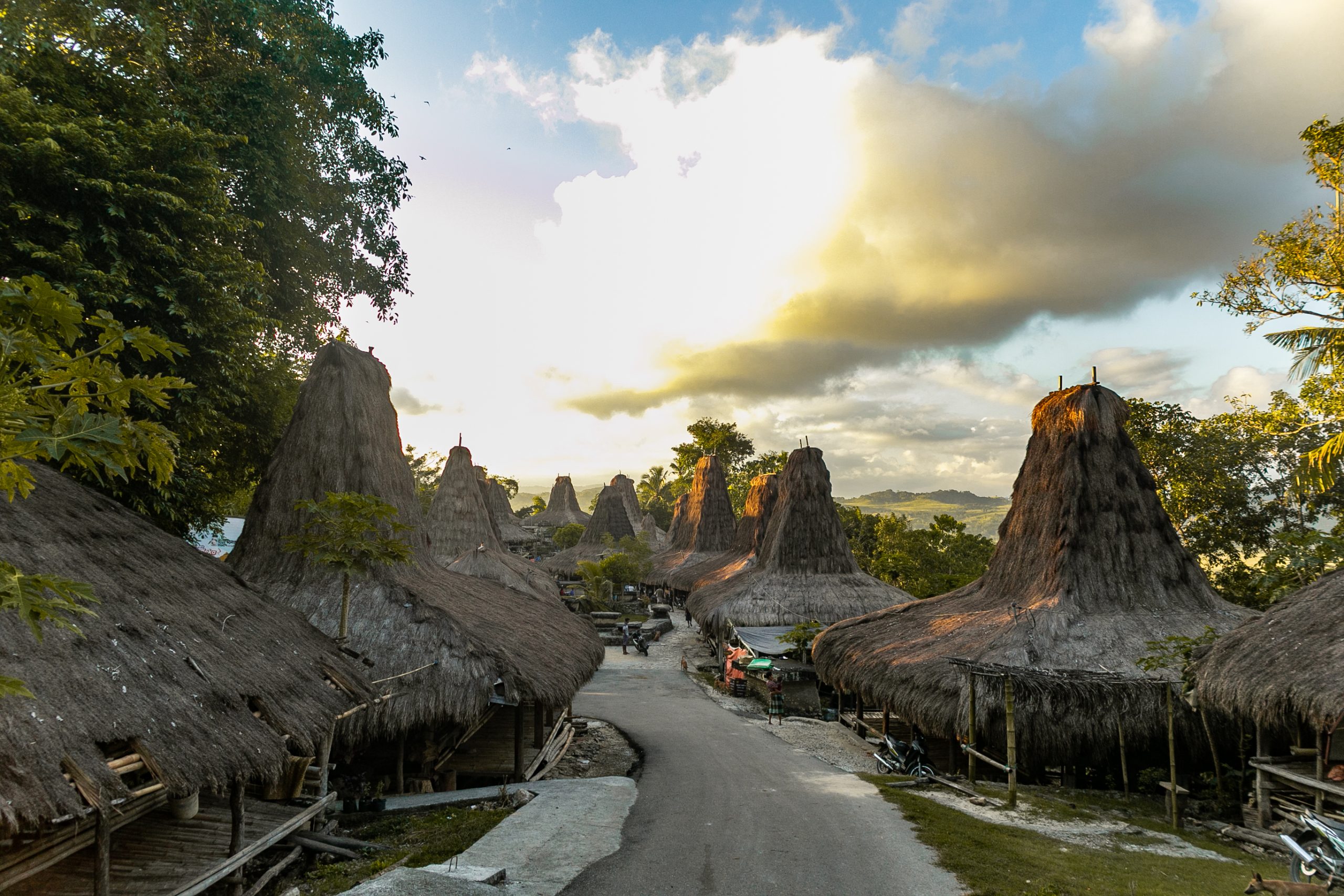 Visit Sumba: 9 reasons to visit Sumba instead of Bali

Indonesia has been a popular holiday destination for years. However, when people say they are planning to travel to Indonesia, 9 out of 10 they mean: Bali. Needless to say that Indonesia is so much more than the popular Island of Bali. Did you know Indonesia has mare than 1700 Islands? One of the most remarkable Islands of Indonesia is Sumba. Most travelers have never heard of this gem that has 2,5 times the size of Bali. That is about to change because Sumba has a lot to offer. So, why not visit Sumba?

A short introduction to Sumba

Sumba lies in the easternmost portion of the Lesser Sunda Islands in the province of East Nusa Tenggara. Sumba is included in one of the three big islands of East Nusa Tenggara, the other two beings, Flores Island and Timor Island. There are four parts of Sumba, East Sumba, West Sumba, Central Sumba, and Southwest Sumba. Over the last few years, there have been too many tourists preferring to visit Sumba instead of Bali, and… you should too. Here are 9 out of 99 reasons why Sumba is the better destination to Bali:

50 years ago, before tourism changed everything, Bali looked similar to Sumba today. A lot of culture and tradition. A lot of that has disappeared. Not in Sumba. This unique Island has stuck to its traditional culture and ancient history. It has well-maintained its culture, places, mountains, islands, traditions, and roots. Sumba was one of the poorest islands of Indonesia, but international tourists and travelers have started embracing the challenge and unearthing the overwhelming natural sceneries of Sumba that are left untouched, unadulterated, and unaltered by the hands of development. Bali is a high-profile island, always on the buzz. But Sumba is a low-profile island that became one of the tourist spots of Indonesia by accident. The lack of fame for Sumba has kept its naturalness intact and in the purest form.

Bali is an international tourist spot where many outsiders spurge in with immense hope and excitement every season. It is by far one of the most crowded tourist spots now. If you want to witness secluded silence and have the time of your life, you must travel to Sumba. It is twice the size of Bali but comprises just 1/4th of Bali’s population and less than 1% of its tourists. Imagine your peers, family, and friends’ excitement and hope of getting to visit a place never treaded on before.

Before the developmental leeches could triumph over the beautiful greenery of Kampung Ratenggaro village, the people of Sumba could save this traditional village for tourists’ eyes. Ratenggaro village stands number one on the list of tourist places. It is located in the district called Kodi (Umbu Ngedo Village), somewhat 50 kilometers from Tambolaka. The vendors out there are more than willing to sell off weird musical instruments, boxes, and sculptures to leave you starstruck.

4. Rocks with unique and mind-blowing formations

At Watu Maladong Beach, you will find exquisite rock formations that stand tall in the middle of the sea. You get to swim beneath the huge rock and look up at the rock in awe. Something you won’t get to do in Bali. This beach is a cluster of gigantic rocks, large and high rock cliffs that decorate the beach on the outskirts. You can try rock climbing here. The huge rock on the coast represents the traditional house of Sumba. The sand on this beach is greyish brown, and you don’t have to worry about wearing footwear while you walk on the sand.

Walakiri Beach has a slopping contour where you can walk to the middle of the beach without the fear of drowning in the waters. Tarimbang Beach has clear bluish seawater. Bwanna Beach, also known as Bannu Beach, has a high cliff hole in the center where you can click photos. It has white sand that enhances its beauty. Londa Lima Beach has shady trees to add beauty to the calm seawater. If you have ever visited Bali, you know you can’t find these amazing beaches over there. 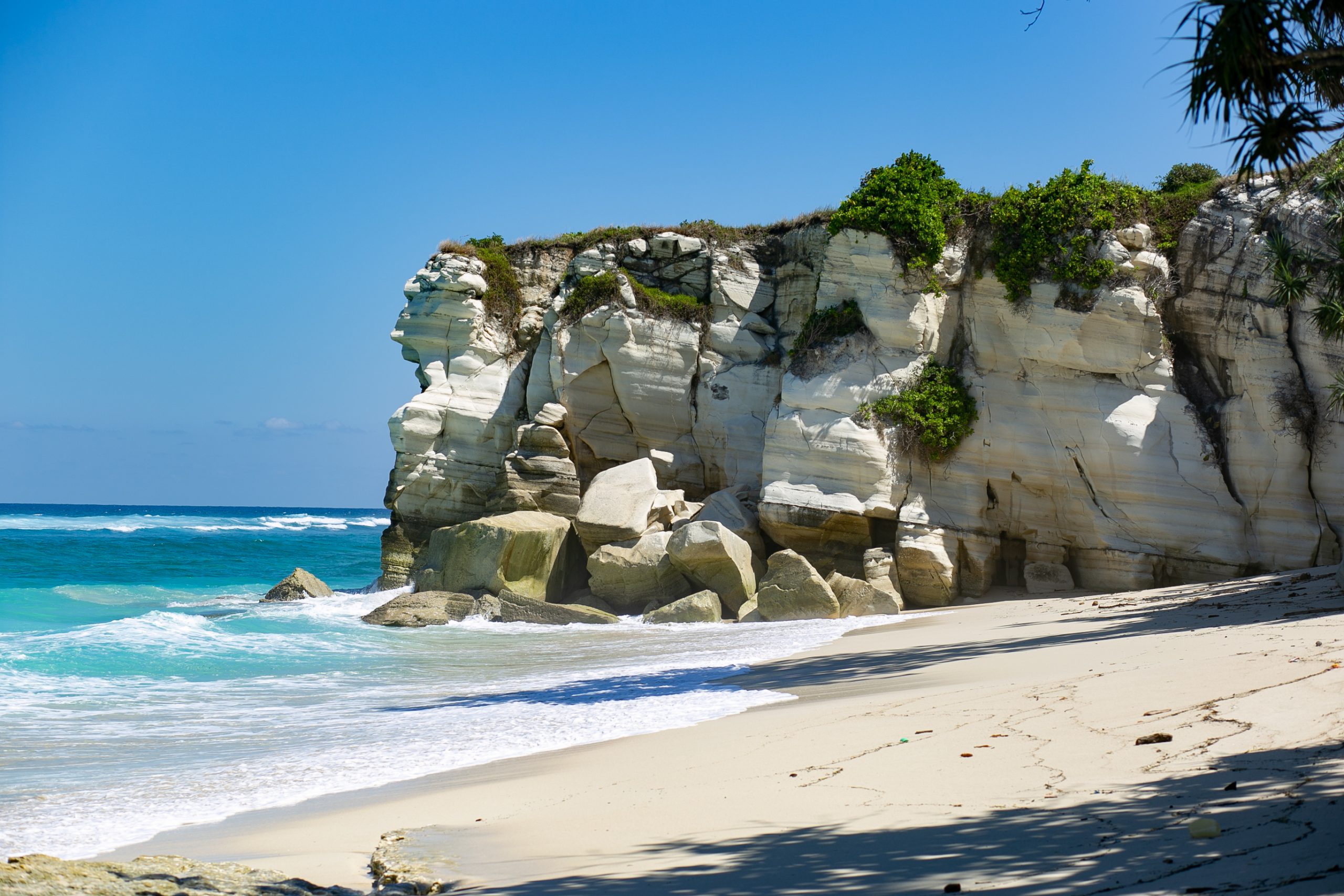 If you are a horse-rider and love to watch horse racing, then you cannot miss the Sandalwood Horses Festival of Sumba; it is an eye-catching one. Sumba festivals are devoted exclusively to Sumba instead of Bali. All the horses get decorated with unique shiny accessories, and the horse-riders dress up with traditional costumes of the island. They compete before a panel of judges. The judges have the criteria of beauty, performance, horse-handling skills to judge. There you go, another unique reason to visit Sumba instead of Bali.

Raksasa means “giant,” and Tidur means “sleeping.” So, for the tourists, it is a Sleeping Giant Hill. It was once a popular, charming hill star cast in a movie called “Pendekar Tongkat Emas” directed by the “Kuldesak”- fame Mira Lesmana. Wairinding Hill is located near Waingapu City. It has a poignant look to it due to its double-face. During the rainy season, it looks very green (fertile grass) like the greenery seen in New Zealand, and during the dry seasons, it becomes very brown like the hills seen in Africa

Those of you who wish to visit paradise on Earth must travel to Sumba as it is an unharmed and unswayed paradise of Indonesia. This place is best known for its sunset. Tourists love clicking pictures there and enjoy watching the sunset after a spectacular day spent discovering other parts of Sumba. Tanjung Mareha is a small hill on the south side of Sumba island that mixes into the Indonesian Ocean. It has two iconic beach spots of Indonesia surrounding it from both the left and right sides. On the left side is Watu Maladong Beach, and Bwanna Beach on the right side.

Rarest of rare species are found in this national park that is located on the island of Sumba in Indonesia. Species like Sumba green pigeon, red-naped fruit-dove, red junglefowl, purple-naped lory, water monitor, crab-eating macaque, Sumba cicadabird, and apricot-breasted sunbird. Home to more than 80 species of birds, 5 species of mammals, 40 species of butterflies, 20 species of reptiles, and 170 species of trees, and more. It is a home for three huge waterfalls, as follows, the Lapopu, the Matayangu, and the Laputi.

These are just 9 reasons to visit Sumba instead of Bali, but there are many more. Find out the other 90 reasons for yourself and enjoy the genuineness of Sumba during your next holiday. By the way, nothing wrong with Bali, you can easily combine those two Islands during your trip. There are daily flights from Bali to Sumba and back. 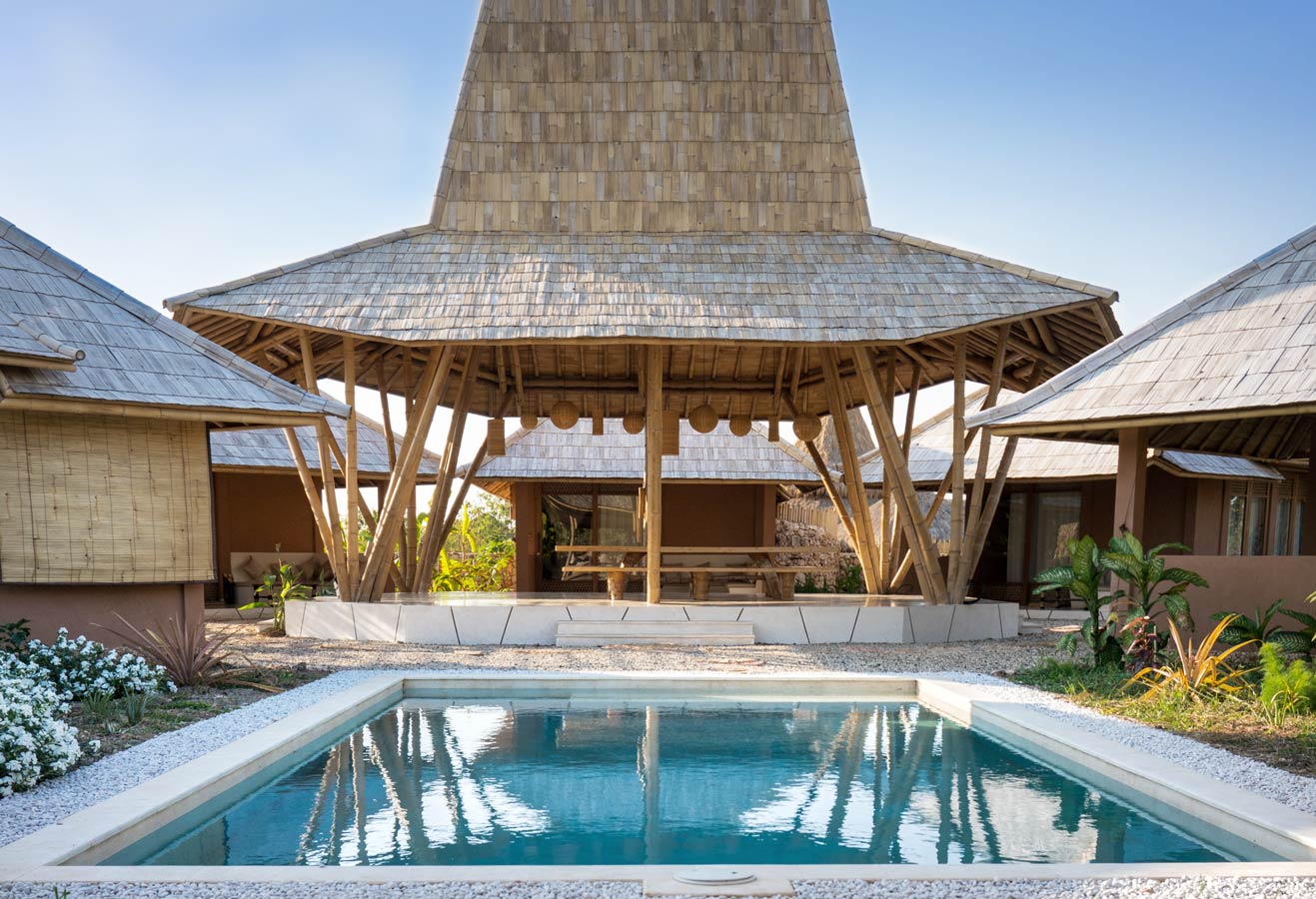